A downloadable game for Windows

Version 1.75 NOTES: Originally I planned to not release this rebranded version of Untitled Arcade Game which is now named Pip and Pop until it was complete but as I've not made an update in such a long time so I have decided to release it as of today as it feels like a waste not too, there will likely be bugs and glitches especially in later levels and is missing two planned zones. I will try to fix as many as I can when possible.

Please let me know of any major bugs and what happened to cause them.

Version 1.25 NOTES: I had to pause development of Untitled Arcade Game, I have made significant changes to the core game since v1.25 but as it's incomplete I really don't want to release it but if you would really like to see more content from this game please support the project and I will release what I got and return to development, I just need some motivation to continue with it.

In version  1.25 I decided to revamp the overall look of the game to make it look more interesting, this will be the last update before new features will be added.  The reason for this is due to the fact I'm going to be experimenting with more mazes and challenges which could take some time to implement.

I created this game for the Arcade Classic Jam, it's a game inspired by the Pacman arcade game but with my own mix added to it.

I tried to give it an authentic arcade look and style with test menus, virtual dip switches and a Mame-style menu for changing controls and game settings in case someone liked to add it to a cabinet.

(I have not been able to test it in a real mame cabinet myself so if you fancy trying it for yourself please let me know how it looks and feels, tweet me a picture of it running if you can. LW Creations on Twitter) , I'd love too see it working on a real cabinet.

Currently in version 1.10 it only has keyboard controls but I aim to add game pad in a future update, I've added fruit pickups that randomly appear as well as extra time pickups, four baddies that are quite dumb and sometimes even get stuck and 2 player at the same time.

It also saves high scores but it doesn't currently allow name entry as I had some issues implementing a name entry without it having to be typed with the keyboard.

I am also making some bonus content to go along with the game including a small digital owner manual, these will be optional downloads should you want them.

V1.11 - l Removed pellet counters for baddies and added goals and round numbers.

V1.12 - Updated my website url on title and instructions screens,  removed some stuff from demo screen and added the option of a custom PSA screen, check NOTES.TXT for more information.

Where some of the displays were hidden during game-play that shouldn't have been and also discovered a bug I never caught at the time of release.

V1.25 - This will be the final minor update until version 2.00 unless bug fixes, I have revamped the overall design of the game, making it look alot more polished. 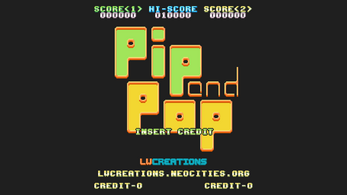 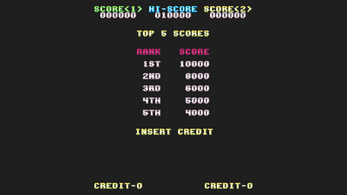 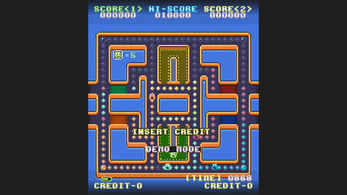 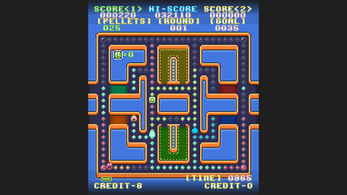 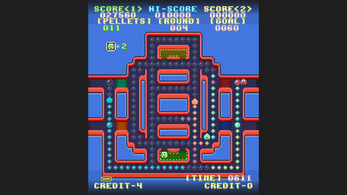 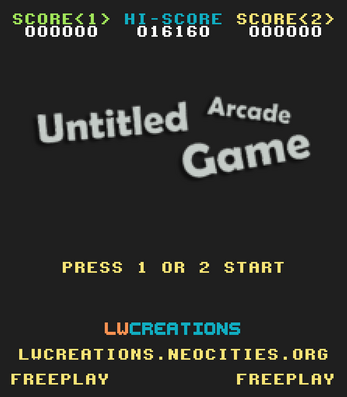 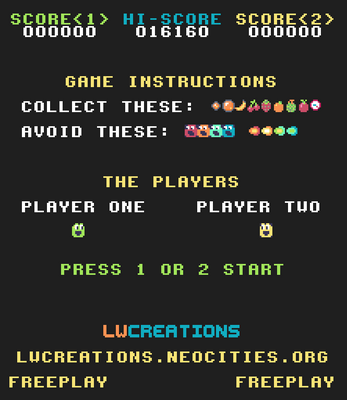 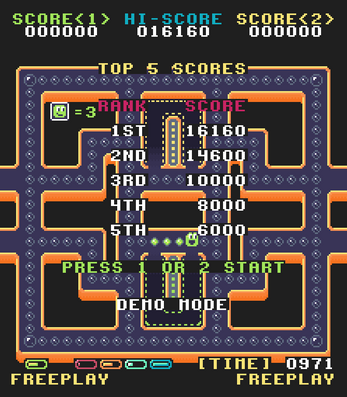 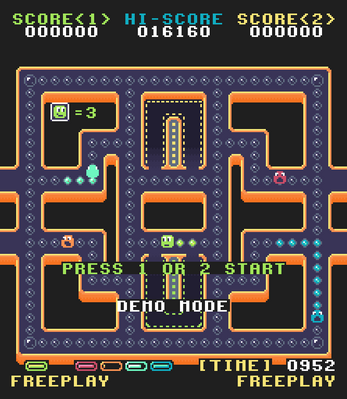 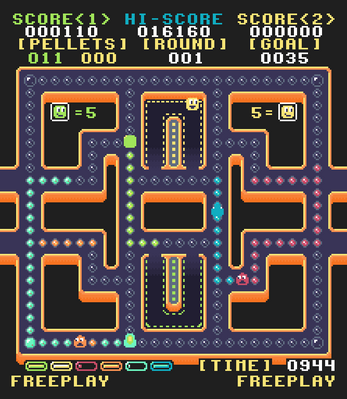 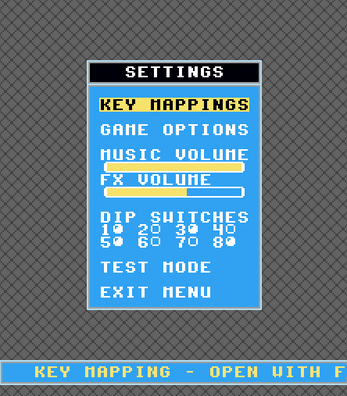 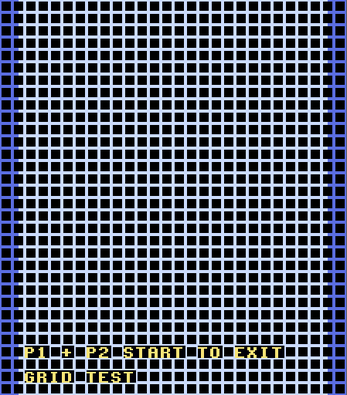 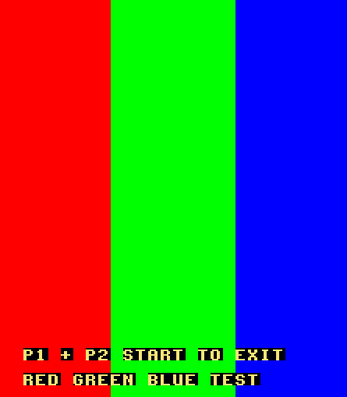