A downloadable game for Windows and Android

As I have other projects happening I've now had time to update the Android port of Bong to v0.20, please let us know if there are any issues with the game.

If you might have followed the devlog, I started experimenting and I started adding an alternative NES mode and I added a easy to find screen mode for the GB and NES modes respectively.

The game also features 2 AI players now while only basic, it provides a challenge.

(From version 0.16 keyboard controls are supported using the preset keys on the title screen, please let us know if you find these keys uncomfortable as I can improve this in a future update.)

This game was created for the Juice Jam game jam and the idea behind it was to make a Pong clone with the core game play intact but it give it a freshen up or a new skin, I went for a Gameboy pixel art direction and after working on this has really inspired me to make another game in the same style.

The reason I went with a Zelda Links Awakening dungeon inspired playfield was because thats one of my favorite games for the original Nintendo Gameboy, the graphics for such a simple system was amazing to me and I just loved that game that much it inspired me to do it.

Given enough time I think I could really improve on what I currently have which is more or less in a fully playable prototype stage and can't wait to continue to improve it.

Due to my work commitments and needing much needed sleep I wasn't able to finish the controls in time  for the end of the game jam so the only controls I have set up is touch and mouse controls.

To control the paddles touch or drag above the paddles up and down to move respective paddle, keyboard and controller support will come in an update.

The scores go up to a maximum of 10 for both players but the game will still continue to play past that and won't count further, in this case see the not below to reset scores and restart.

The full version of Bong?  I'm definitely trying this. 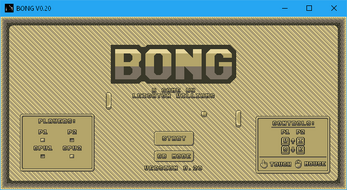 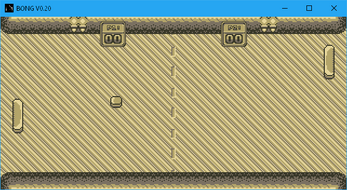 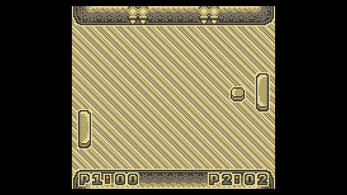 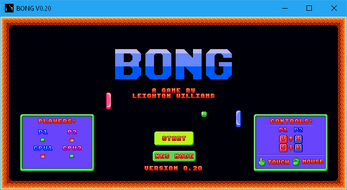 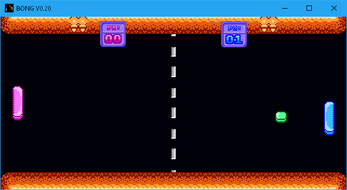 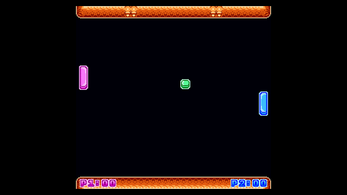